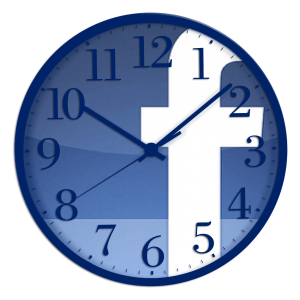 Most people know the importance of providing entertaining, useful and captivating information/media within a Facebook fan page in order to attract and retain the attention of fans. However, not many social media marketers and brand promoters know that the day of the week and time of day you choose to post can have a significant effect on user interaction and overall influence.

Luckily you no longer have to guess the most ideal time to post because all the answers have been revealed in an exhaustive whitepaper from BuddyMedia that covers virtually every aspect of Facebook post optimization, entitled “Strategies for Effective Wall Posts: A Timeline Analysis.” This groundbreaking report combines activity data extracted from the fan pages of almost 2,000 of the world’s most popular branded fan pages during the months of April and May.

Of course, most of you won’t feel like reading the entire 32-page PDF just to find out when you should post, so we’ve summarized it into 4 convenient tips for you:

A good Facebook page is updated on a regular basis, but is not flooded with so much content that it appears spammy. Statistics show that a total of 3-7 posts per week are more effective than 7+ posts per week. With that said, if you are strategically choosing a day to post your next revolutionary update that you want all your fans to see – then avoid Wednesday like a bad habit! The report shows that fan engagement declines to more than 7% lower than average on this day. Not only that, but for some odd reason brands seem to post at a ridiculously high rate during mid-week, making this time ultra-competitive. So what’s the moral of tip 1? Ditch the mid-week altogether and instead try to…

Get In On the Weekend Whirlwind

Some niches experience up to almost 70% of an increase in engagement on the weekends. This seems rather obvious, given the fact that most people reserve the weekend as their ‘all play and no work’ time. Unfortunately for many brands, their social marketing experts are part of the group of people who take the weekends off, resulting in only 11% of posts being published on the weekends. So while all the consumers /fans are enjoying their free time on Facebook, you need to be hard at work putting out the best content of the week to get their attention and encourage interaction.

Unlike the tip above, this one seems counterintuitive. You would think that posting during busy hours would yield the most engaging responses, but the exact opposite is true. It appears that a lot more people are willing to comment and interact while staying up late than they are during the day. In fact, posts published between the hours of 8PM and 7AM receive almost 15% more engagement than posts published between the hours of 7AM and 8PM.

If you really think about it this makes sense because a lot of people browse Facebook during the day intermittently but don’t have the time to stop and reply to updates. Later on when they’re relaxing and getting ready for bed they have nothing else to do. Of course, “off-hours” is a relative term since it is always day time somewhere in the world, so you should base your efforts on the time-zone of your targeted audience.

Fine-Tuning Posting Times Based on Your Industry

The previous three tips provide a generalized overview of when you should be posting, but if you really want to dig down and take advantage of this report, the value is in the industry-specific data. Sunday seems to be the best day to post in most cases, but it turns out that mid-week isn’t so bad if you’re a “clothing and fashion” brand posting on Thursday.

The best approach is to post when most other brands in your industry are not posting, and on days that receive the highest interaction rates. Saturday and Sunday happen to fit this description well, especially for finance/banking pages. Yes, banks are closed on Sundays, but Facebook is not.  The only rare exception would be the Technology niche, which for some reason does not get a lot of attention on the weekends, but instead receives interaction rates that are 30% higher than average on Mondays.

If you want to be competitive in the telecommunications industry, try to stay away from Monday with your prime posts – most other telecommunications pages are already posting on that day so competition is high if you’re advertising a special promotion.

In the health niche Sunday and Monday are the best days to post, experiencing interaction rates that are between 10 and 12 percent higher than average. The worst day to post in the health niche is Tuesday, but ironically this is when 17% of health brand related posts are made.

Retail brands seem to enjoy the highest interaction rates on Monday, when engagement rises to almost 20% above average. Food and beverage brands are missing out on the weekend frenzy too because only 18% posts are published on Saturday and Sunday, the two days that enjoy a 19% increase in interaction. This is not surprising considering most people choose to eat out on the weekends more than during the week.

Advertising and consulting brands stand to gain the most from Facebook’s weekend popularity, especially those that are smart enough to think outside the box. It turns out 89% of posts are published during the week, despite that fact that the other 11% receive interaction rates that are 69% higher than average!

Regardless of which niche you operate in, it seems that posting in the middle of the night on Saturdays, Sundays, and Mondays would be the most effective formula for most brands. If you don’t see you industry mentioned in this article, check out the report. It covers optimal post times and the percentage of brands posting per day across 15 different niches.

Regardless of the industry, you must utilize effective package design for your…
Continue reading
No Comments