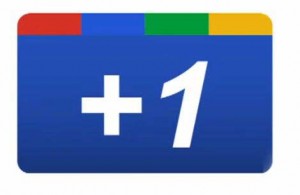 Today, Google officially launched their +1 Button, in an effort to compete with the Like & Tweet buttons. This button is expected to highly influence people’s decisions in Google’s Search results over the long term, as they will be able to see which websites have been “Plus-oned” by their contacts.

The button is currently being rolled out to all English-language searches on Google. Many major media outlets such as Mashable, Bloomberg and Huffington Post have already implemented the +1 button within their articles. If you’re a webmaster, you can get the code for this button here. If you’re using a CMS such as WordPress, Joomla or Drupal, you should expect plugin upgrades very soon.

After having failed to make any significant impact with Buzz and Wave, will Google finally succeed at being a serious competitor to Facebook & Twitter with this new initiative? Comment below…

Regardless of the industry, you must utilize effective package design for your…
Continue reading
2 Comments