Buying Fans & Followers, is it worth it? 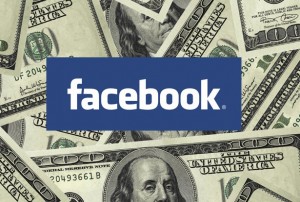 You probably stumbled on one of those websites that claim they can get you thousands of “targeted” fans or followers for ridiculously low prices (generally under $300). Now, in case you do not read this whole post, we would like to make our position clear right away: Buying Fans & Followers is wrong, and we’ll show you why in the next few paragraphs. This is basically what we like to call Blackhat Social Marketing. Yes! The Blackhat tactics have made their way from SEO to SMM. $59 for 1000 targeted fans? Sure, sounds like a great deal! Too good to be true maybe? Let’se see…

Since many people have been asking us about this by phone and email, we decided to do our own case study and test these services out with a newly created Facebook Fan Page. We went ahead and optimized the page, added relevant info, photos and even added a custom landing page (set as the default tab) that has a link to the corresponding website. We tried 2 different providers (which we won’t name to avoid trouble. We’re a peace & love company!). The details/results of our case study are as follows…

Observation: Odd thing we first noticed was that 90% of these newly acquired fans had profile pictures of highly attractive women.  Now, if the fan page was about make up or fashion, perhaps this would have made sense, but in this case the fan page was about Finance/Investment. Nevertheless, we sent a message to about 10 of them to ask them how they found out about our page. No response.

Conclusion: those were 100% dead accounts. Either they were generated using a blackhat profile generator, or they were created by someone whose job is solely to create Facebook accounts all day long for the purpose of mass-liking. Regardless, this was $59 thrown out of the window in this case.

Provider #2
(a highly-ranked website that sells Fans & Followers only)

Observation: Looking through the accounts, we noticed that a lot of them seemed to be young kids/teens. We also noticed quite a few foreign profiles (India, Pakistan, Philippines, etc…) despite the fact that we requested US-based profiles only. Just like in the previous case, we sent about 10 messages to ask them how they found our page and we got 2 responses: 1 saying “dont know” and the other one saying “click here to learn how to make $50,000 per month”. Not very convincing, is it?

Conclusion: these accounts clearly had no interest in our page or product. These were people that are probably paid by a third party to massively “like” hundreds of pages every day. Not only will such accounts not give you any kind of ROI, but they can actually damage your brand/reputation by posting offensive, self-promotional and/or off-topic content on your wall. Stay away!

As you can see, this was a total waste of money in both cases. Although this was for Facebook Fans, you can imagine that it would be a very similar scenario & outcome if we had purchased Twitter Followers, YouTube views or Google +1s.

You simply cannot buy real fans. Getting a genuine fan or follower is no easy task, but it’s definitely worth it. 10 genuine & targeted fans/followers are a gazillion times better than 1,000 fake/dead/untargeted ones. A genuine fan/follower will not only buy from you but will also interact with you, refer you to their peers and share/like/tweet your content. A thorough study conducted last year by Syncapse determined that the average annualized value of an individual fan is $136.3.

Large brands like GAP, Coca Cola, HP, Apple, etc… have spent (and continue to spend) millions of dollars in their Social Media Marketing efforts to strengthen their online presence and acquire large amounts of targeted fans/followers. These budgets have been spent mainly on Advertising, Launching Contests, Offering freebies/giveaways/discounts and engaging fans with quality content daily. If there was an easier (and cheaper) way to do it, don’t you think they would be all over it?

Do you have an auto maintenance shop, garage, collision repair, or auto…
Continue reading

Plumbers are the superheroes of the trades. They’re on-call around the clock,…
Continue reading

Do you own your own medical clinic, family medical practice, or maybe…
Continue reading

Fitness Logo: 9 Ideas to Help You Build a Badass Logo for Your Gym or Fitness Company

If you own a gym, a personal training business, or an online…
Continue reading

Dentist Logo: 10 Ideas to Get You Inspired to Create a Kickass Logo for Your Dental Clinic

Are you searching for the best logo for your dental practice? Believe…
Continue reading

Over the years, Google’s PageRank algorithm has undergone a series of changes…
Continue reading
No Comments